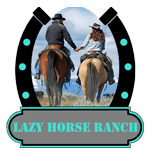 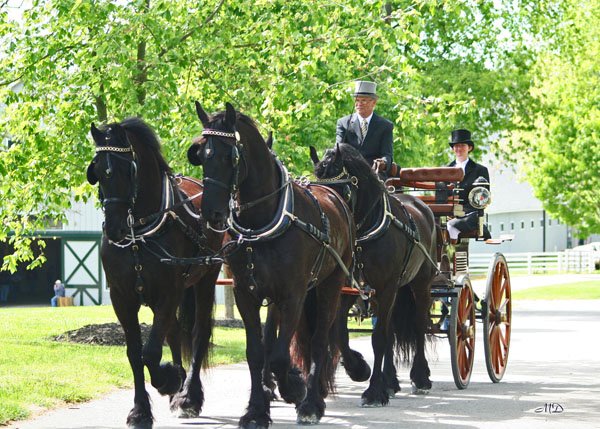 Can you recognize a Friesian horse? This horse breed stands out with its shiny black coat and long, thick mane and tail. Equitrekking interviews Elizabeth Sharp, president of the Friesian Horse Association of North America (FHANA), to learn more about these graceful and striking horses.

Equitrekking: What are the origins of the Friesian horse?

Elizabeth Sharp: The origins of the Friesian horse are the Northern-most province of Friesland in the Netherlands. Descended from the “Equus Robustus”, of Europe, the breed originated there, with documentation starting in 1251, and regularly documented from then on throughout the early centuries. The breed has been selectively cultivated there, on and off ever since.

Equitrekking: What are the general conformation characteristics of Friesian horses?

Elizabeth Sharp: The Friesian horse is larger than the average horse with a very upright neck set, substantial bone, thick luxurious mane and tail, and of course the color is always black.

Equitrekking: How have Friesians been used and ridden throughout history?

Elizabeth Sharp: Friesians started out as the mounts for knights or noblemen, and were called “destrier”, carrying knights into battles, tournaments and jousts.

When that use ended, they looked to the farmers who used them to do farm work and would clean them up and use them to pull the family carriage to church on Sundays.

Some breeders also bred a lighter, more refined horse for trotting races, popular in Europe and the Netherlands in the 1700 and 1800’s. After the world wars, the breed came close to extinction. It was saved by a dedicated group of breeders, who in recent years have used the breed to all disciplines of riding and driving.

Take a break, and come ride your horse on a dream vacation in southeastern Arizona!